Despite how pure love can be, relationships don’t always end so perfectly. The evolution of Hailey and Emma’s relationship is explored through their collective memories as the girls retrace their times together. After their relationship ends, Hailey goes to a desperate length to be with Emma again. 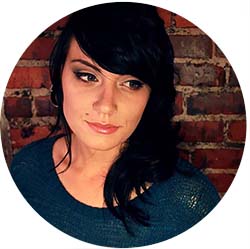 Asia LeMasters was born in a small town in Illinois, but did most of her growing up in Florida after moving at the age of 13. She was a part of TV Production throughout high school; producing weekly sketches, reporting the news around school &even running it her senior year. She moved to Orlando to attend Valencia State College after being accepted into their prestigious film program. She graduated with a degree in Film Production Technology, but had already started working in the film industry while still attending. In 2013 she moved to Los Angeles, where she still resides. Asia currently has the most experience as a script supervisor, but in recent years, has focused more on producing and production management. She’s been writing screenplays, fiction, and poetry since she was a teenager, and her short film “EVOKE” is her directorial debut. Her years of interaction with many different directors has helped her develop her own directing style, and gain the understanding of how to approach different types of actors.