High Tide is a short film about Tarik, a 32 year old Moroccan man, who spends his time alone in a holiday cottage on the Veluwe to avoid the divorce with his wife. Shortly after his arrival, the waterworks seem to be broken, whereas Jonas, the owner of the cottage, comes over to repair it. From that moment on, Tarik is confronted with feelings he has been suppressing his entire life. 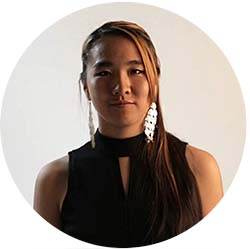 Claire Zhou (1996) is a talented graduate from the University of the Arts Utrecht, working as a writer, director & showrunner. She was born and raised in the Netherlands.
Currently she is developing multiple series, including a high-end mystery thriller series for Dutch Mountain Film and Netflix and she’s also writing her debut feature film. More of her work can be found here:  www.clairezhou.com