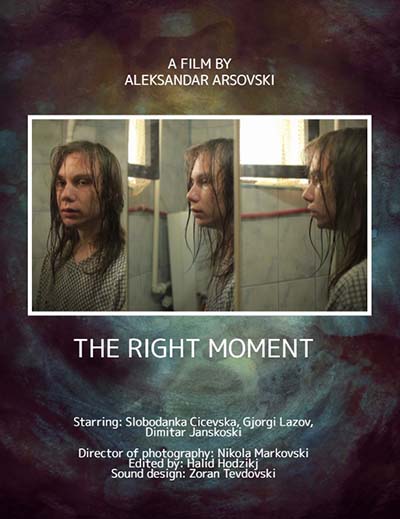 “The right moment“ is short drama film, about young 20 years old boy who is studying medicine, and for the Easter holiday he is coming home to his mother. During the Easter holiday he has pressure from one side from his mother about some girl who is coming on visit, and from the another side, he has pressure from his secret boyfriend about their relationship. Kire can’t filed those two pressure and he is waiting for the right moment to tell the truth to both of them and to get released. 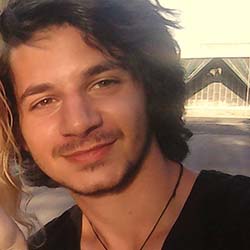 Aleksandar Arsovski is young filmmaker who finished film directing in the Film Academy in Shtip, Macedonia. He has been worked in several films in Macedonian feature and short films, like: “God exists, her name is Petruniya”, “Snake”, “Ashes”, “Donka”, “My biggest wish”, “The Infected Area of Mara and Zharko” etc. During education, he was on “Erasmus + exchange” in Croatia where he was on practice in the biggest private TV station, Nova TV where he was working on a daytime TV series “Čista Ljubav” and a reality show. He is a big lover of films and TV series, his films have been selected in several festival threw whole Europe and his last documentary has had premiere in festival in India. He is already know in Macedonia in all film festivals because every year he is taking part of them with his films.