Julio and Damian are a couple that have just adopted Andrés, a five year old boy, smart and shy. The sudden death of Damian, breaks the joyful beginning of a new family putting Julio in a cross road, and questioning his parenthood. 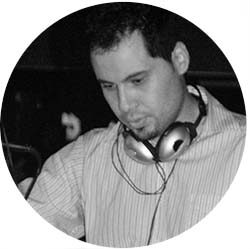 He was born in Mexico City, he has a BA in Sociology from the Universidad Autonoma Metropolitana (UAM) and he has developed studies in dramatic arts at the National Fine Arts Institute INBA (for its acronym in Spanish), as well as Filmmaking in Chicago (United States). In 2003, he made his first short film “Gente Comun”, In 2005, he made his second short fiction film “El Auxilio” and produced another called “Verdad”. His projects have been selected in different festivals as Huelva, Guanajuato, Shangai Pride, Perú, Paraguay, Mix México, Paracho,  Paris, San Francisco y Ecuador.