A young man obsessed with Arnold Schwarzenegger tries to get his prized possession from his oppressive family. Once he does, it becomes more then he bargained for. 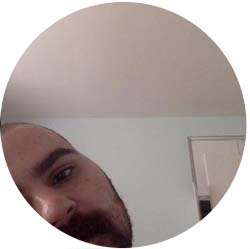 Aleks Vujosevic is a Toronto born filmmaker. He’s been creating short films and music videos for the past ten years. His first short film starred famed character actor Tom Noonan called “Tom Works Nights”. His second film “Schwartzy” is touring the festival circuit now. His films have been featured in film festivals such as Toronto After Dark, Knoxville Horror Film festival and Dam Short Film fest.  He is currently working on his first feature film.