In the midst of her family’s rejection, Elena wants to experience her own sexuality. A poetic film that explores love and freedom in the heart of a young woman. 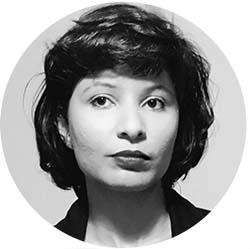 (Dominican Republic, 1987)
She’s graduated from cinema with Honored Mention at (NECTV) in Universidad Veritas, Costa Rica in 2013-2017 and also she studied at workshop Cine Documental “One to One” at EICTV, Cuba, 2014. She has work as producer, director,  editor, sound woman, in several short films and feature-films, in documentary and fiction. In 2016 she worked as Mezcal Jury in the Festival Internacional de Cine de Guadalajara (FICG) in México and also as jury of Icaro Festival Internacional de Cine in Guatemala.