An honest look at the life of seven gay men from different backgrounds, discussing their experiences dealing with HIV – getting tested, living with HIV and health scares. 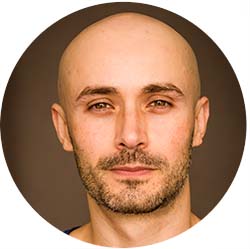 Roberto was born in Brazil and moved to New Zealand 14 years ago. Since then, he worked in theatre, TV and Film in a range of different roles, from actor to producer and now as a director. As a director, he found his true passion and has directed short films that played in local and international festivals (Review; Satisfaction; Dick Knows; Wellington) and a Webseries (Sui Generis). He also directed three short documentaries: Medulla Oblongata (accepted into 18 international festivals); Mad Hunter and Positive. He is currently working on the second season of his web series (Sui Generis), as well as a feature documentary (Butterfly, due in 2018). More recently, he made 2 web pilots (LiBros and Cheeky First Dates) and both were selected out of 163 entries as finalists (Top 10) at TVNZ’s New Blood WebSeries competition. www.robertodirector.com