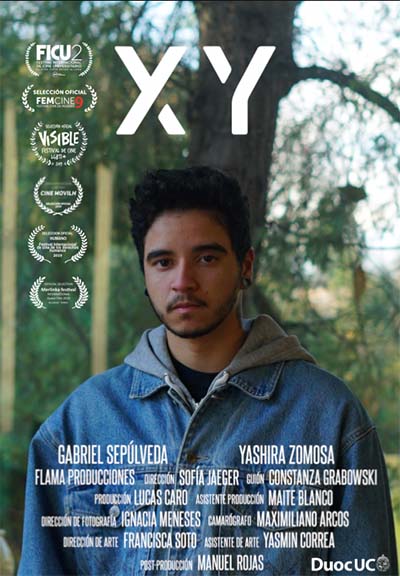 Manuel is a 20 year old boy, who has been dating Isidora for a month. One afternoon, he goes to her house to confess a secret that he can´t hide anymore. Manuel will have to face his fears and reveal his truth.

Sofía Jaeger Conejeros was born on October 4, 1996 in Viña del Mar, Chile. She began studying Audiovisual Communication at Duoc UC, Santiago, in 2015. The short film “XY”, is her debut film, which was her final project of her student career. Sofia has also worked in different productions, such as “Ema”, Pablo Larraín’s latest movie as a production assistant and on 3 series as an assistant director and script supervisor for HBO, Netflix and Amazon.