A young man, being dropped off to university, summons the courage to come out to his mother. 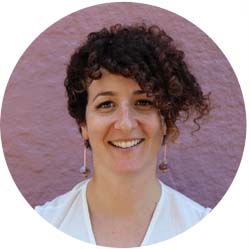 Sarah brings a decade of experience as a human rights lawyer and community advocate to her screen career. She is the daughter of an Egyptian Muslim and Irish Catholic and holds a desire to create stories that move and take seed in our culture. Sarah worked for UNICEF in the Pacific Island Nation of Kiribati, as a Protest Monitor for Amnesty International and the Senior Solicitor for the Indigenous Justice Project at the Public Interest Advocacy Centre in Sydney. In 2016, Sarah transitioned to a full-time career in the screen industry with her short film Dunes premiering at the Gold Coast Film Festival. She is a graduate of the Australian Film, Television and Radio School completing the Graduate Certificate in Screenwriting and the Graduate Certificate in Directing. Sarah works as a researcher and note taker for various production companies. She will shortly commence work as a Producer’s Attachment on Lingo Pictures production The Ropes for SBS. Her career aim is to tell stories that reflect the reality of her life experience with all its diversity, troubles and hilarity.
advocate.