A mother and her son have a unique relationship. The mother tries really hard to be up to date with her son’s sexuality, even though the son, at times, cringes at how at ease his mother is with his homosexuality. 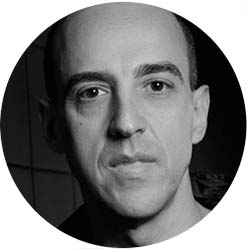 Born in Minas Gerais, Brazil, Joffre has lived and traveled all over the world. His passion for filmmaking led him to study Film Studies at Concordia University in Montreal. Here he was able to hone his craft and develop his talent, ultimately graduating with honours. Joffre currently resides in Toronto where he is a writer, filmmaker and properties manager in the film and television industry. In his experience as a filmmaker, Joffre has produced and directed films internationally. He has written, directed and produced several short and feature-length films in both Portuguese and English. A personal highlight was his feature-length movie “Offside” (Impedimento), which was shown in fourteen film festivals around the world garnering four awards. Joffre’s passion for storytelling is evident in his work. His focus on heartfelt, grounded and meaningful characters is derived from his life experience and thoughtful, genuine nature. He is currently working on producing his next projects, “Brave” (a short film) and “Familias” (a feature-length film to be shot in Brazil). As with all of Joffre’s works it is the people and their unique stories that fuel his inspiration for evocative filmmaking.