Laura is a self-confident young woman, a member of the new “Me Me Me Generation“, also known as “Generation Y”. Spoilt for choice by life’s abundance of options, Laura has lost track of her own aims and ideals. She’s always looking for something, she just doesn’t know what. One night she meets Safi, who has fled her homeland. The encounter gives Laura food for thought. 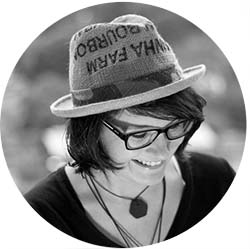