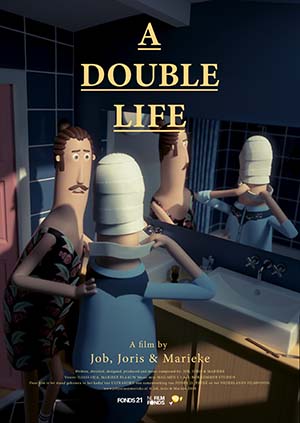 A deliciously dark comedy about a husband and wife whose different ideas of gender conformity lead to an unexpected confrontation. 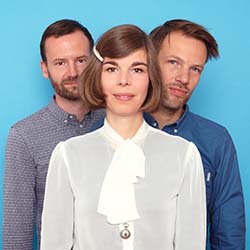 Job, Joris & Marieke, that’s the name of the animation studio. It’s just their three names: Job Roggeveen, Joris Oprins and Marieke Blaauw. It’s probably the most uncreative studio name ever. They admit it, they’ve put no effort at all in coming up with a better name. Pretty lame for such a creative studio. Doesn’t really speak for them, does it? They’ve made the wise decision to put all their creative energy in our work. And have you seen their work? Imagine how amazing their studio name could have been… They have a weird history considering they’re an animation studio. The three of them didn’t study animation but they graduated as product designers at the Design Academy Eindhoven. During their studies they discovered they had a passion for telling stories and composing music. But designing products + telling stories = very difficult. So animation turned out to be the best medium for us. It’s the perfect combination of storytelling, designing and composing. In 2013 their slasher film MUTE was released. Their second short A Single Life was nominated for an Academy Award® in the category best animated short in 2015. Since then the studio focused on making short films. (Otto) was released in 2015 and it had its premiere at the TIFF festival in Canada and it was nominated for a Rocky Award. In 2016 their 21 minute film Heads Together, made in co-production with Viking Film and VPRO, was released and it has been nominated for a Rocky Award and the Prix De Jeunesse. They’ve just finished their latest short A Double Life, which will have its festival release this fall. Altogether, their films and music videos won over 75 awards and were screened at more than 300 film festivals worldwide.