Doga, 29, works in the family restaurant in Argoun, Chechnya. When his secret lover, Ruslan, is suddenly arrested, Doga knows it’s only a matter of days for him too. 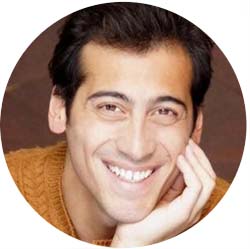 Jordan Goldnadel is a French director, screenwriter, producer and actor. A Tisch graduate, he’s produced and directed several films -both shorts and features- that screened at over a hundred film festivals throughout the world. His first feature Happy, was sold internationally to several countries, including to the U.S. (available on Amazon Prime) and was nominated for 2 awards at the prestigious Henri Langlois Awards in 2016. He most recently produced Nathan Silver’s Thirst Street, which premiered at Tribeca in 2017. He develops project both in France and in the U.S. with his production company, The Third Generation.