Fatima arrived to Sevilla from Morocco to in order to get together with her son, but inexplicably no one wants to tell her where he is. But a mother’s love has no limits… 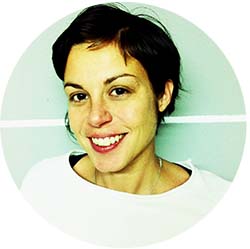 She is a director and visual artist born in Bologna in 1979. From the beginning of her artistic career, she has been working in a multifaceted manner, experimenting with different narrative and stylistic languages, devoting herself to creativity of video art and social documentaries. In this way, she combined her passion for aesthetics and digital technologies with her commitment to film-making for the defence of human rights. For her, video art and documentary represent an area of constant experimentation, which has allowed her to develop new stylistic and narrative codes and to be recognised in a variety of national and international film festivals. Her works have been shown in Italy, USA, France, Germany, Russia, Spain, Portugal, Poland, Mexico, Brazil, Belarus, Algeria, Morocco, Senegal, Tunisia and Ethiopia.