A deprecating stare on the train causes Philipp to let go of Kevins hand. 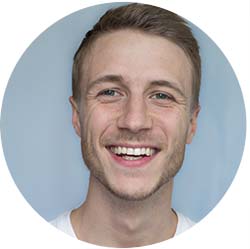 Started out as an intern in an advertising film production in Vienna, then worked there as a cutter for two years. A tough time which taught me a lot. Eventually I had enough and became a freelance filmmaker and attended School Friedl Kubelka for Independent Film in 2017. Now I’m in Berlin studying cinematography at the German Film and Television Academy (DFFB)