Two women have just finished their relationship. They gather for a family meal in which they will continue to pretend they are a couple. If one can not keep up the farce, there is one keyword: Platypus. 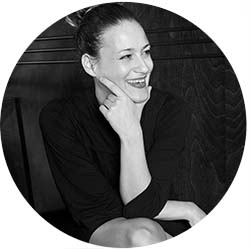 Sara Bamba is a producer, director, scriptwriter and editor of fiction, documentaries, ads and videoclips. Degree in Hispanic Philology at the UAM and in Theater and production in Cuarta Pared and Estudio 3. She is owner in Helsinki Films (www.helsinkifilms.com) and the postproduction studio Elora (www.eloraposthouse.com). She is also professor of acting and coach of actors in Vértigo Actuación. He has directed those shortfilms: Desde Berlín (From Berlín), Ornitorrinco (Platypus), La violencia normal (Normal Violence), Caleidoscopio (Kaleidoscope) and, Las desconocidas (The Unknown) and has griten Cold, which has been selected in a lot of national and international festivals. He is currently directing the 200 Pasos theatrical production, which was released in 2017 and is being distributed. Her personal website is www.sarabamba.com

Iván Martín Ruedas holds a degree in Cinematography at ECAM. He has been DOP in shortfilms, documentaries, videoclips and advertising. He is also filmmaker of shortfilms, advertising and videoclips. He has directed: Cold, Platypus,  From Berlin and The Unknown. He is owner in Helsinki Films, an audiovisual production company of fiction and publicity and of Elora, a study of postproduction. His personal website is www.ivanmartinruedas.com